From last March, I have been stalking round my neighbours farm, snapping nervous cows, yapping dogs and farmer too.  The seasons brought work to the farm – feeding, ploughing, hay making and calves to birth.  Its a lonely job being a beef farmer and most days Christian is on his own, doing what he does, day in, day out.  But I had a thought.  At the end of his career, with no hand-over to his son [he doesn’t, like many sons and daughters, wish to be a farmer], a record of his endeavours.  Maybe it doesn’t matter too much for him, but to me it was a shame.

So I have been trying to capture the essence of this farm and its fields and livestock and hope when I return to France in a month maximum, to have a years worth of potential images to pull into a book for him. It will also include a few of the floral photos I have taken and the forests here.

How I will present the images, I am not sure yet.  I installed Snapseed last night and was pleasantly surprised at the result.  More subtle than some filter programmes.  I do not want the book to show the farm as it is in reality.  Why?  Because Christian knows what that looks like – the dust, the dirt, the muddy fields. What I want to show is something more – an artistic maybe even a little sentimental view.  A little like the old images for yesteryear when farming was in its heyday.  Below are two that I like.  This was easier because of the snow.  Maybe it wont work for the saturated summer ones – but that’s the fun of the next stage.

I also have some lovely images taken on the Cannon and will not wish to alter these too much.  Maybe a compromise with little post-production work, just to get some continuity and that the whole book flows well from page to page in tone and colour levels.

If this project is successful, I want to continue with another about the trees of the area, wildflowers in the meadows and hedgerows and one on my favourite bumbly-bees. 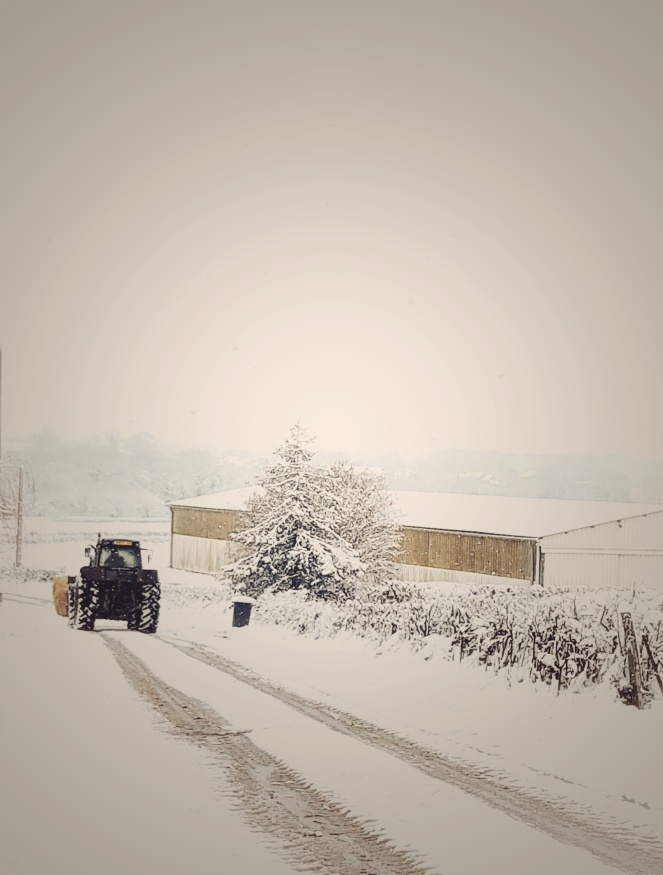 This site uses Akismet to reduce spam. Learn how your comment data is processed.

A French life, photography, projects and living the good life.